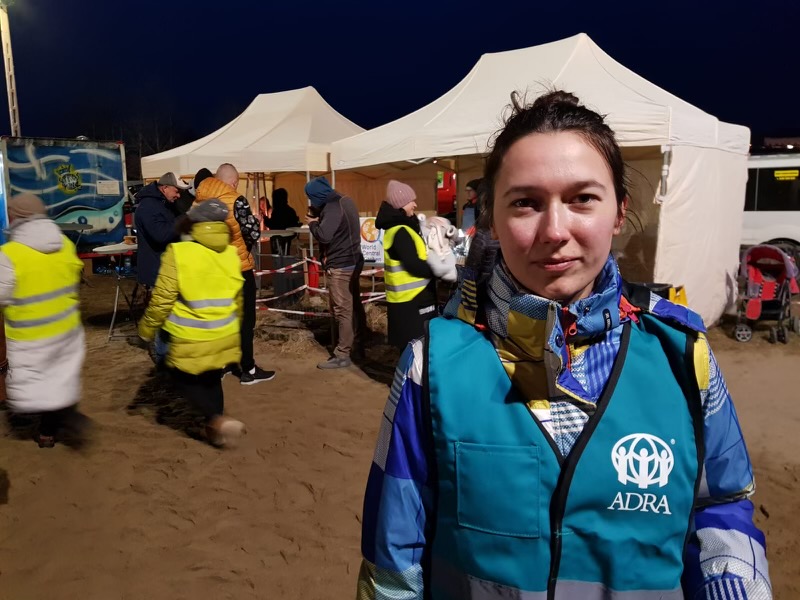 The situation beyond our eastern border surprised almost everyone. Its dynamics indicate that it may be the largest refugee crisis in Europe since World War II. Although Poles found themselves in a completely new situation, they rushed en masse to help the inhabitants of Ukraine. Everyone works. Citizens, local governments and humanitarian organizations. From the very beginning, ADRA employees and volunteers are also involved. In addition to ad hoc measures, our community is involved in a huge number of activities, including providing additional accommodation and delivering the most necessary things to war-torn Ukraine.

The war in Ukraine has been going on for three weeks and according to experts’ estimates, this conflict will not end soon. From February 24 – that is, from the moment of the invasion of Ukraine – Border Guard officers cleared almost 1.9 million inhabitants of this country. Poland, whose border with Ukraine is the longest of the NATO countries, has naturally become the main transit route, but also a new home for the rapidly progressing migration.

Although Poles found themselves in a completely new situation, they rushed en masse to help emigrants from Ukraine. There has been no such wave of compassion and solidarity in our society for a long time. Both for those who flee the war and those who fight to defend their homeland. Everyone helps. Citizens, local governments and humanitarian organizations.

Employees of ADRA branches, less than 24 hours after the beginning of the conflict, organized help for both refugees and internally displaced persons. For the last three weeks, we have been helping at the border, distributing parcels with basic necessities, organizing transport and fuel purchases, providing support and information. We regularly informed about our most important activities on our Facebook page.

The ADRA humanitarian convoy has arrived in Ukraine

As the situation developed, we kept in touch with our Ukrainian office and partners in Europe and around the world. Thanks to the information obtained, we can react and act on an ongoing basis. The most critical reports come from the fighting areas and besieged Ukrainian cities. Many of them already lack the most essentials, including food and medicine. The situation is similar to a humanitarian catastrophe.

We could not remain indifferent to such reports. Together with our partners, we organized a humanitarian convoy, which included two trucks filled with things for the inhabitants of Ukraine. Over the last few days, we have been picking up new gifts and packing all goods into trucks.

Among the transported items there were, among others:

For security reasons, we cannot provide the exact date of departure or arrival, but we can reassure you that our convoy has reached its destination safely.

Almost two-million (as of March 16, 2022) population growth caused that the stations of many Polish cities turned into large night shelters. Local governments quickly began to organize accommodation – airport terminals, school, sports, hotel and other facilities. Also ordinary Poles, without thinking, opened not only their hearts, but also their homes. However, the scale of migration is huge and there is still a lack of places to sleep and daily activities for people fleeing the war.

The Seventh-day Adventist Church also offered assistance in organizing additional accommodation in cooperation with ADRA. The community of about 6,000 in Poland It has prepared over 1,200 places in its congregations (parishes) and private homes.

Accommodation in parishes before the arrival of guests – gallery

The plane with gifts for Ukraine landed in Balice